Land Rover is a well-known automotive company that started its operations in the UK in 1948 as a farming automobile. Land Rover and other heavy-duty SUVs were only used for off-road usage and weren’t considered for on-road usage for a long time. But, in the early 1970s, with the release of the luxury SUV series Range Rover by Land Rover, the entire landscape changed, and the world shifted its focus to luxury SUVs designed for both on-road and off-road usage. 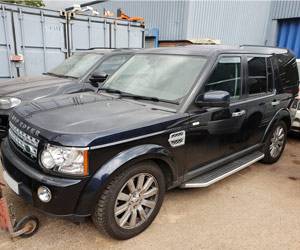 Land Rover not only manufactures its cars but also builds its engines. For a long time, Land Rover used its Petrol engines in its SUVs. But, it also began making Diesel engines in the late 1900s and has produced some of the best performing engines to date.

Customers these days aren’t only interested in flashy looks with drab engine performance. They want a balance between the performance and luxury to have an all-round great car, which does well on both sides respectively. Land Rover has been delivering high utility vehicles for a long time now and is expected to do so over the coming years and decades.

SUVs that come with the V6 Diesel Engine

The Discovery 5 was part of the third generation Land Rovers and was released in 2016. It came with many Diesel options, including the 3.0L V6 Diesel, Land Rover Discovery 5 V6 Diesel Engines were by far the most advance engines, which offered a combination of exceptional performance and fuel-efficiency. 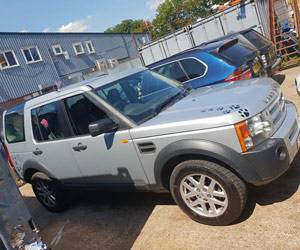 The Range Rover Vogue starts at £80,000 in the UK and comes with loads of engine choices. It comes with the V6 3.0 L 306DT, Range Rover Vogue V6 Diesel Engines are not the most powerful but are known for their proficient performance. The Vogue SE has a 4.4L Diesel option, although it isn’t a V6 Diesel engine.

There are a variety of V6 engines that comes with different SUVs in the Land Rover and Range Rover Series. With the Discovery 3 (2004), the 2.7L V6 engine is a 2721cc engine with 188bhp power. The engine has a max torque of 440Nm, which is quite good for a 2.7-liter engine.

In the case of the Land Rover Discovery 5, the engine is a 3.0L Diesel engine with a 306bhp power. The driver goes from 0-100 in about 7.5 seconds, which is very good for a 3.0L Diesel engine. The CO2 emissions of this engine are 202g/km. Land Rover has produced a great package with the third generation Discovery 5, which is the latest in its series.

For the Range Rover Sport, the first generation came with a 2.7L V6 Diesel engine. The engine has 187bhp power with a torque of 440Nm and is the same engine that is found in the Discovery 3. For the second generation Sport, the 3.0L turbo Diesel was also added as an option alongside the V8 Diesel.

The V6 had a power of 208bhp amassing a torque of 520Nm and did 0-100 in approximately 10.3 seconds. It also had a CO2 emission rate of 224g/km. For the Range Rover Vogue, the V6 engine was a 3.0L turbo Diesel and did a great job overall for an SUV, which wasn’t the biggest when compared to other Range Rovers.

Good condition Land Rover V6 Diesel engines are quite challenging to find in the UK, mainly used and reconditioned ones. New engines can be purchased directly from the primary dealer but will end up costing you a ton of money. If you manage to get your hands on a reconditioned or used engine which is of excellent quality, you can save a lot of money and get a performance similar to a new engine. We are here to make that engine-finding job more comfortable and convenient for you. 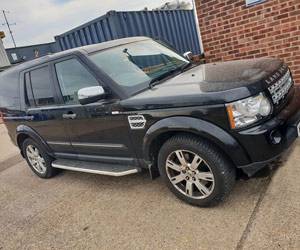 If you are looking for an excellent quality used or reconditioned V6 engine in the UK, you’re at the right place. LandRoverV6DieselEngines has the best V6 Diesel engines at its disposal, and we’re ready to make your engine-finding job convenient. No need to go anywhere else when you can easily purchase great-quality engines from us.

Instead of buying a new engine, you could purchase a lightly used correctly performing engine to replace your existing Land Rover V6 Diesel engine. It will result in you saving a lot of money and get the same kind of seamless performance.

Save Up to 60% on Land Rover V6 Diesel Engines

If you were given a choice of buying an engine that performs well and also saves you up to 60% of your money you would otherwise spend on another engine, you’d be mad to choose the expensive engine. LandRoverV6DieselEngines gives you the option of purchasing a top V6 Diesel engine at less than half the price you’d have to pay to the primary dealer.

The new dealer engine is expensive and provides a similar performance that our engines would. Our engines are also thoroughly checked and tested by our team before they are sent out to the customer to guarantee long-lasting performance. We also offer from 6 to 24 months of warranty for any V6 engine that you buy from us, which gives you further security on buying an engine from us.